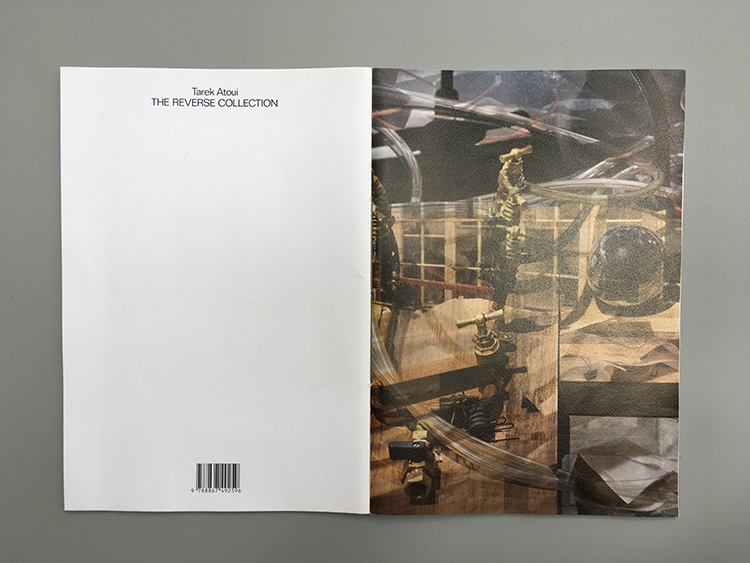 For The Dahlem Sessions, Atoui invited a group of experimental musicians to the Ethnological Museum in Berlin-Dahlem, where they created improvised recordings using artifacts from the museum’s extensive ethnomusicology collection. From these recordings, Atoui wrote scores for improvised pieces for the same instruments. These scores were then performed in the context of the 8th Berlin Biennale in 2014.

Atoui recorded these live performances, which he used to create The Reverse Sessions later that year. Without providing them with a description of the Dahlem collection instruments, he asked contemporary instrument makers to design and manufacture instruments that would replicate the sounds documented in the recordings. This collaboration resulted in The Reverse Instruments, a set of eight original instruments combining string, wind, and percussion. These objects were exhibited at kurimanzutto, Mexico City, in November of 2014, accompanied by a program of live performances and rehearsals in the gallery.

The last chapter of the project, The Reverse Collection, took place in the South Tank of Tate Modern, London, in 2016. In it, a second generation of The Reverse Instruments was exhibited alongside two newly produced instruments. These objects were activated during regular performances in the gallery, which Atoui recorded. These recordings were added to a one-hour-long multichannel sound piece, The Reverse Composition, that played in the exhibition, creating a dynamic soundscape that became fuller and more intricate over the course of the show.

Atoui’s three-part process reverses the order in which instruments are usually created: exceptionally, sound is taken as a starting point. In its final iteration at Tate Modern, the result gives way for new possibilities and new associations between object, performance, and sound. 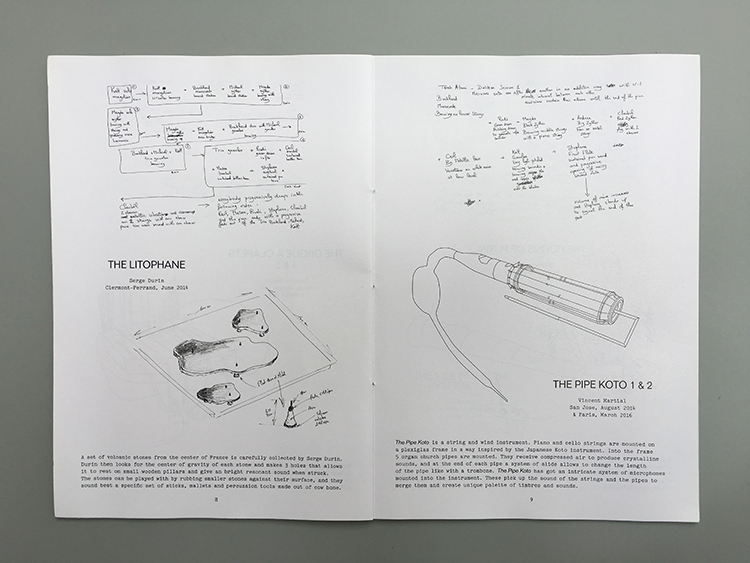 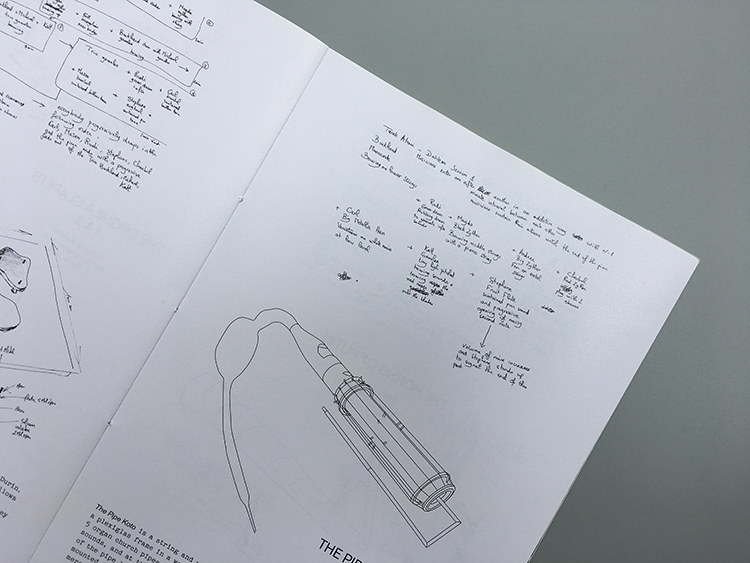 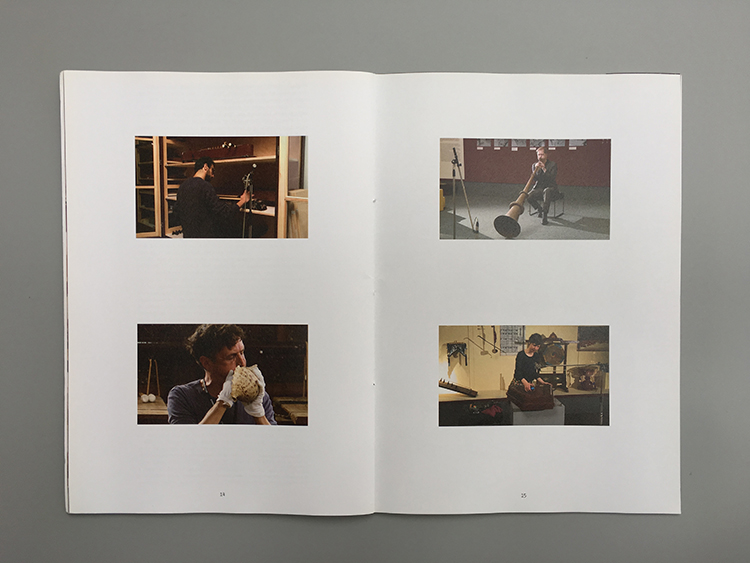 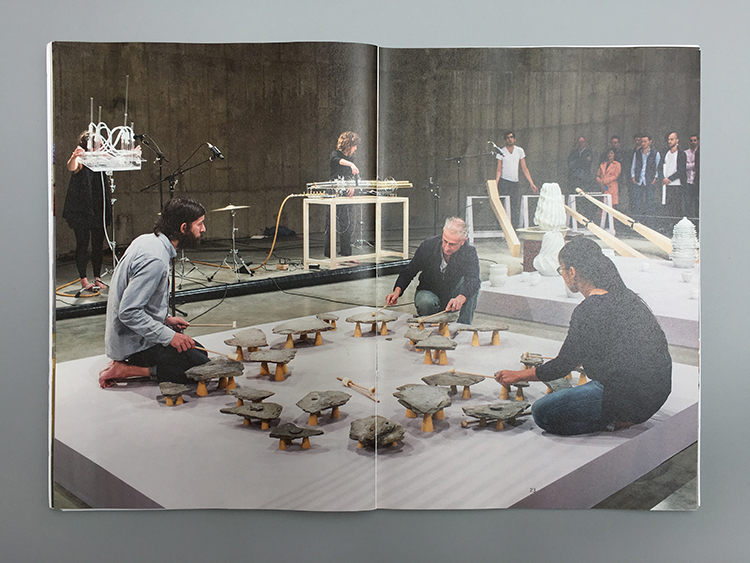 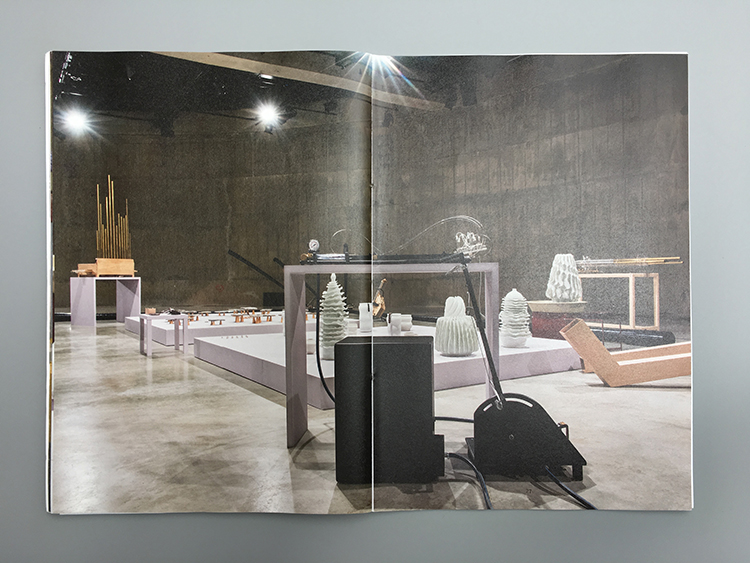 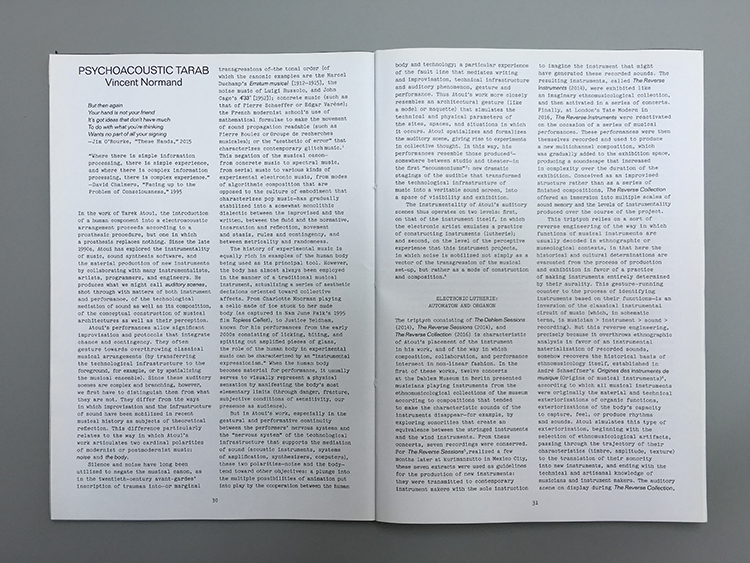 Prev: Hu Fang: Into the Outdoor Setting of the World (Silent Attempt) Next: Hao Liang: The Virtuous Being
Share->Douban Twitter Facebook