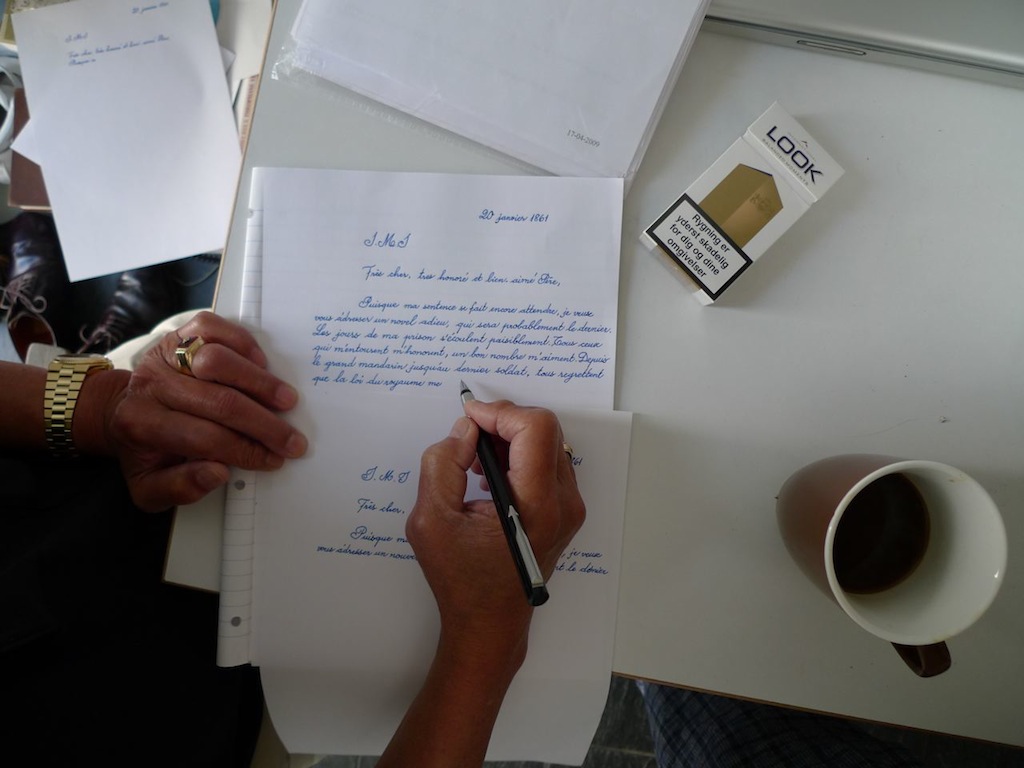 My father will write this letter repeatedly until he dies.

I like the idea that calligraphy can become an act of pure labor.

Traces of the Latin alphabet were found in an Egyptian copper mine that dates back approximately 4000 years. This discovery indicated that at the time, workers who were not able to decipher hieroglyphs invented a new phonetic writing form that was easy to read and use.

In the 17th Century, Vietnamese was phonetically transcribed by Portuguese missionaries for evangelical purposes. During the French occupation in the early 20th Century, Vietnamese in Latin script became the official language. Since the system was phonetically transcribed and therefore easier for peasants to learn, the phonetic text was also propagated by the Vietnamese National Socialists; they saw it as a tool to combat illiteracy. Today, Vietnamese speakers have universally accepted this writing system, and only scholars have knowledge of the older, Chinese-influenced characters.

My father barely learned to speak, let alone write, Danish. All Western languages are alien to him. 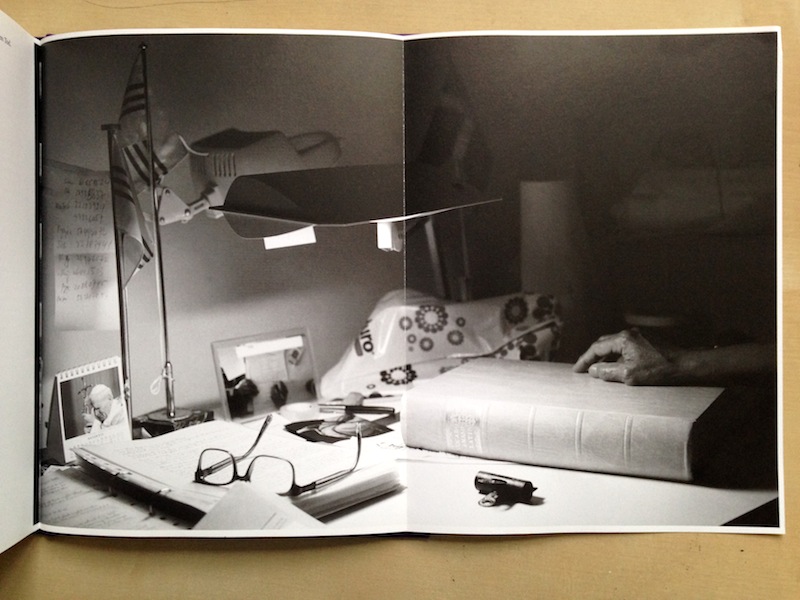 Among the many things arranged on the desk where he transcribes the letter, there is a small Danish flag and an image of Pope John Paul II.

The postcards illustrated in this book depict paintings of the executions of missionaries trained by the Société des Missions Etrangères de Paris, an institution that continues to educate aspiring evangelicals and enlist them in missions abroad. Most French missionaries in the 19th Century were sent to Asia, two hundred years after the Portuguese set foot in the region. The seminary ordered these paintings from converted Vietnamese artisans. 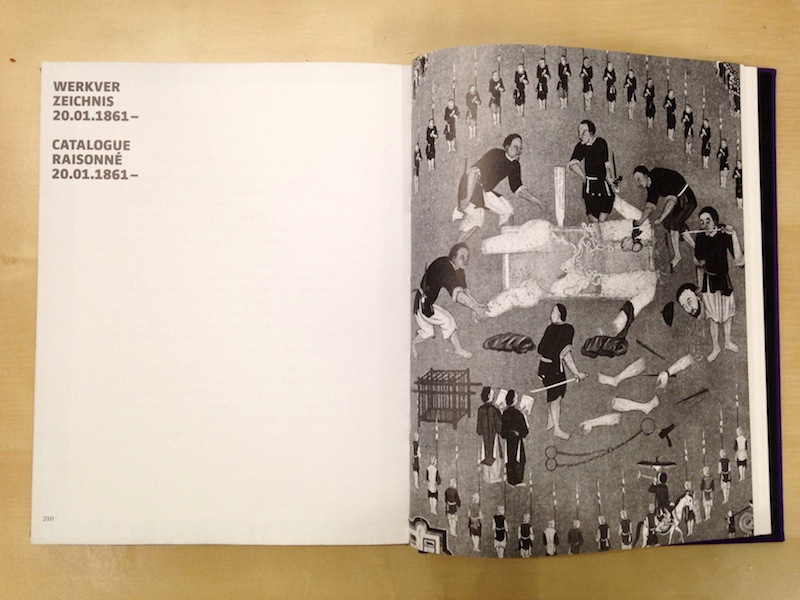 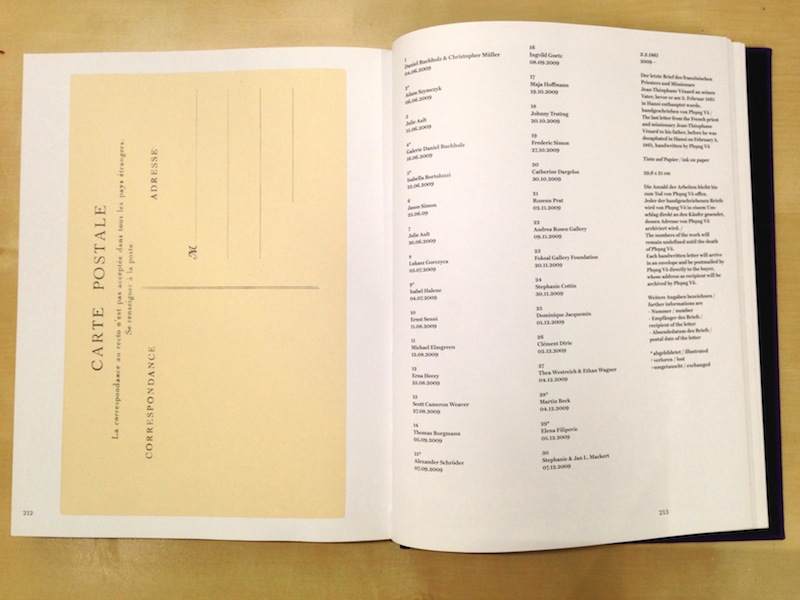 The French missionary killings may have served as an excuse for France to colonize Vietnam in the mid 19th Century. But the French also supported the English in The Second Opium War against China, for which they needed Vietnam’s northern port. Fifty years later, the killings of Christians during the Boxer Rebellion would be used in a similarly political manner. I have many images of the Boxer Rebellion in mind, too.

I am baptized and was given my first communion and later something else, which I don’t know the English term for and decided not to look it up.

In 1954, at the Geneva Convention, it was decided that Vietnam would be divid- ed in two; Ho Chi Minh ruled the Communist North, and the South was ruled by Ngô Đình Diệm, a Catholic Vietnamese supported by the US government. The division was supposed to be temporary but the proposed elections were cancelled by the US once it became obvious that a free election would result in a united Vietnam headed by Ho Chi Minh.

I have seen film footage of old, wooden Tokyo burned to the ground.

At the first meetings in Potsdam after The Second World War, the US was against the former imperial powers regaining their colonies. The fact that Ho Chi Minh partly copied his declaration of independence from America’s is lost in our collective memory.

Could Diêm have unified Vietnam? It was during his regime that the international news circulated images of protesting Buddhist monks burning themselves to death. In 1963, a coup d’état supported by the US ended with Diêm’s body penetrated by bullets then stabbed repeatedly with a knife.

There is a portrait of Diệm hanging somewhere in my father’s flat. He still believes that Diệm, had he lived, would have made things better.

My family has not always been Catholic. I am the second generation of Catholics. My father secretly converted from Confucianism to Catholicism as a protest against Diệm’s assassination. Today, he is still a devout Catholic.

I confess my brain was gang raped by Jean-Pierre Dardenne and his brother Luc’s films. Rosetta and her phallic drive to secure a job (and therefore a place in society), is burned into my mind.

Lower-class immigrants have greater difficulty assimilating into society. My father barely learned to speak, let alone write, Danish. All Western languages are alien to him. When he writes these letters, he recognizes the alphabet, but understands none of its contents.

Prev: Yanagi Sōetsu comes here, without invitation Next: Stranger on the Road