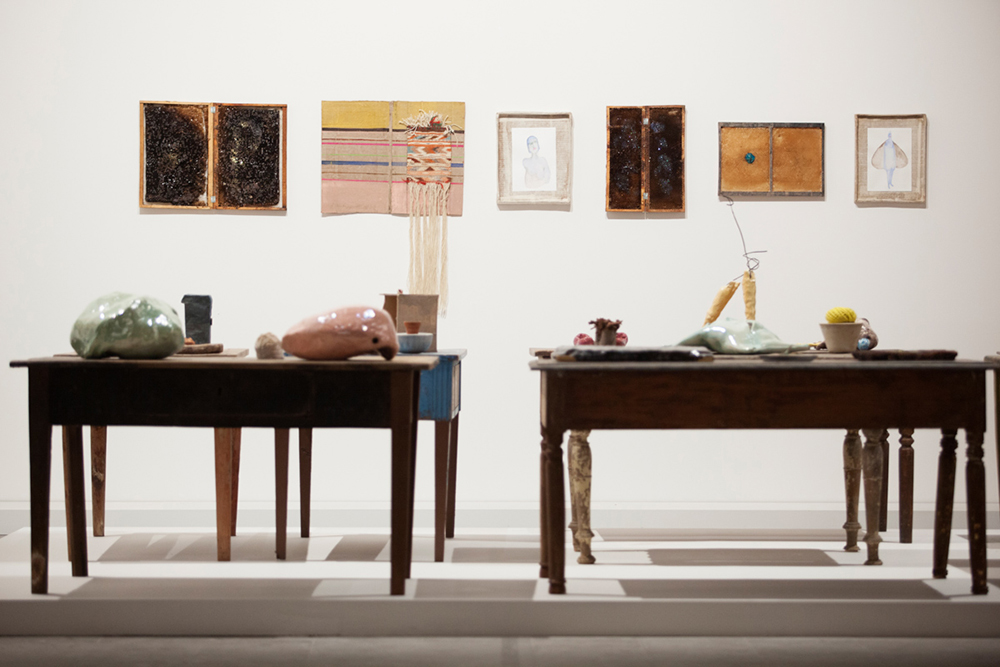 Approximately 4,000 years ago, in the Neolithic Age, unique burial structures, Domus de Janas, began to pop up all over the island of Sardinia. The translation of Domus de Janas from Sardinian-“house of the fairies”, prominently links these archeological sites to an ancient popular tradition, and a fantastical dimension of history.

The Domus de Janas are underground tombs carved from rock, typically composed of several circular, or quadrangular rooms that are connected by a larger central room. The internal height of the Domus de Janas is very limited, normally not exceeding one meter. The walls of the tombs often boast iconographic and decorative graffiti, and paintings depicting the cosmos and nature- themes that are very probably linked to the cult of the dead. The interior was often furnished with cabinets, chairs, tables, and nooks carved directly into the rock. Numerous metal and ceramic items meant for household and votive use have been recovered from these sites.

The concept of a female universe is eluded to constantly by both the decor and the artifacts discovered in the Domus de Janas. This falls in line with ancient Mediterranean beliefs that recognize a Mother Goddess, and her fundamental role in the genesis and domain of life- both earthly and otherworldly.

The architectural structure of these tombs, and the inventory of items found inside lead us to think of them as reproductions of the dwellings of the living, with a clear demonstration of faith in the afterlife, and the possible return of the deceased. 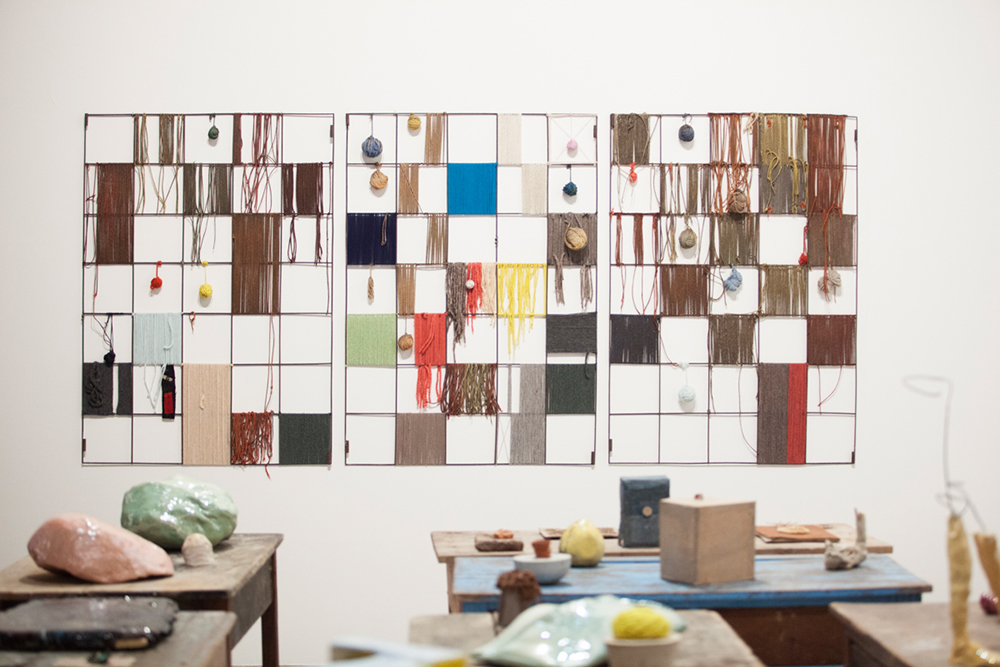 The Neolithic Age was a revolutionary period for the progression of mankind, as it saw the introduction of stone working and polishing techniques, important innovations in agriculture and the domestication of animals, and above all, the appearance of ceramics. We can also trace some important social innovations to this period, including the diffusion of goods, and numerous ritual and ceremonial practices. One of the principal customs to grow out of this period was the practice attached to the passage between life and death.

Structures similar to the Domus de Janas erected during the same period can be found in various areas of the Mediterranean. Examples include the Sicilian sites of Stentinello, Castelluccio, and Pantalica around Syracuse, Mount Adranone near Agrigento, and Mount Genuardo; they also appear on the island of Malta, and scattered throughout other territories along the Mediterranean basin. I have lived in some of these areas, where I documented the sensations that emanate from these ancient stone structures. It is, however, a particularly Sardinian peculiarity- the link between popular legend and a timeless fairytale world, passed down over the generations still to this day- a striking testimony to the strength of this culture. 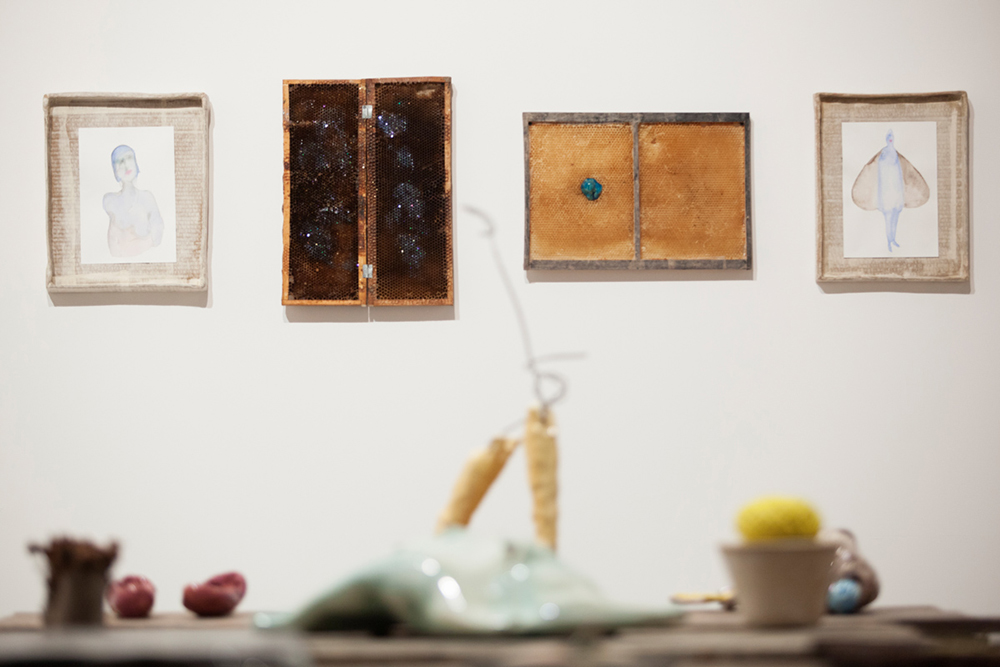 The island’s literary tradition is incredibly vast, and the twentieth century saw great writers such as Grazia Deledda, Salvatore Cambosu, and Giuseppe Dessì emerge as epic cantors of popular legend; whose anthropological interests still play a crucial role in the decryption of this ancient culture that has endured centuries with an innate capacity to survive and flourish. This tradition has its roots primarily in a “word of mouth” culture of story telling. While its origins have been lost over time, they are still present today in the contemporary dynamics of the island, having had a strong influence on its artistic sphere as a whole- visual, musical, and literary as previously mentioned.

The concept of the Sardinian universe as a circular universe has been testified by native authors- Salvatore Cambosu, in his book Miele Amaro, and by Giuseppe Dessi in La Leggenda del Sardus Pater (dedicated to Cambosu), with both works referencing the mythology of Janas- the fairies. The latter work tells the story of an ancient God, who “after having wandered all the earth, with the boredom of being omnipotent”, returns to his homeland Sardinia, to lead a simple life among nature that allows him to let “his divinity rest”. In his new life, the God dedicates himself to beekeeping, but one day he accidently releases a spark from his fingertip that hits a bee, and transforms it into Jana- fairy of female features. The fairies inhabit the island, and live for centuries, awaiting the appearance of humans. As they wait, they dedicate themselves to planting “messages of love” for the women who would eventually inhabit the island. These messages were woven into fabrics, rugs, and blankets- giving life to the textile art that was transmitted to these women, along with a special protection that the men of this society would not have enjoyed. This story emphasizes the centrality of women to Sardinian society, and highlights their crucial role in the preservation and transmission of memory to the future generations, through use of a secret alphabet of symbols that transcends even death itself. To witness women holding this role in ancient Sardinian culture is notable, as it comes thousands of years before the global shift of ideas towards the acceptance of women. It was an evolution that in many places around the world had to wait for social clash and conflict to occur, before seeing women gain the recognition they deserve for their roles in the construction of human life on earth.

Expectation and waiting play a key part in this reality- waiting for birth, waiting for women to be seen as human beings, waiting for death, and waiting for the deceased to return. It can be said that it is the female form of time that transfers the cycle of myth to the linearity of human history. 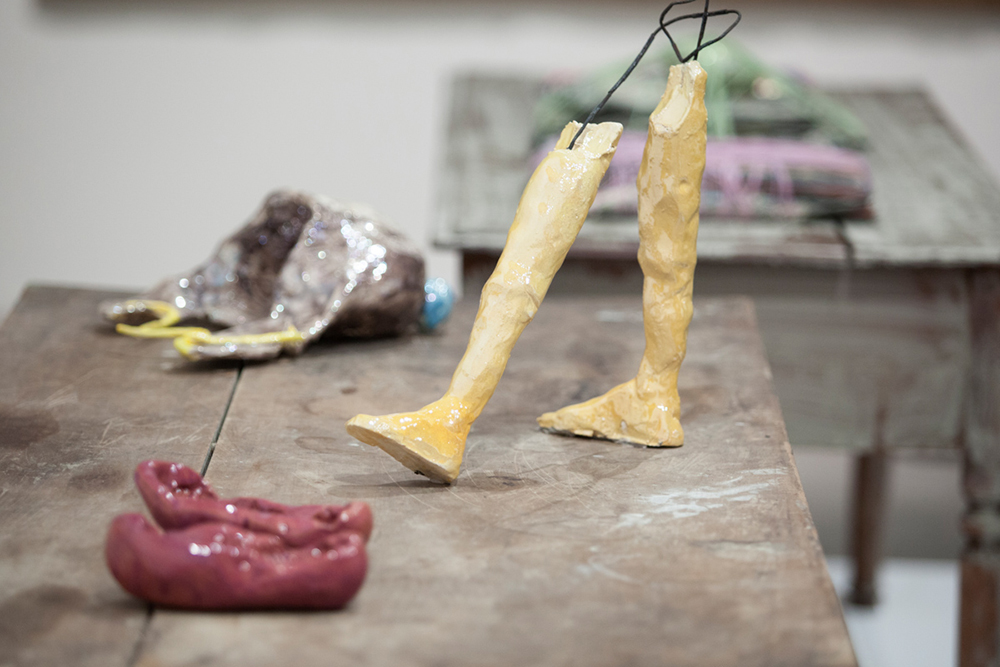 Assuming that there is no knowledge of human culture if not through the awareness of places, environmental contexts, and the passing down of the collective memory that regards them, the legends of Janas are inscribed into the age-old evolution of this Mediterranean island’s unique culture. Sardinia is my native land, and her traditions and influence have accompanied me throughout my life, since I left the island as a young child. The maternal stories of fairies have never stopped fueling my imagination, and they often bring me to visualize a shamanic coexistence with these beings; Keeping with the Sardinian culture of silence, the dialogue is characterized not by sounds but by the intention to make them; formed by a non-verbal language that communicates without speaking, made of muted letters and words that are precisely the words of silence.

I express this dialogue through a universe of shapes and the creation of an environmental and dream-like (but never narrative) “toolbox”, filled with objects that can recall the Janas to us, or more so, that can transmit to those who contact the Janas a message able to transport them to a suspended dimension, which in my opinion, is that of Sardinia.

The body of work I am referring to includes all of the elements listed above: bees, stones, ceramics, rooms, houses, carpets, books, furnishings, clothing, and fantastical objects, all gathered within a domestic sphere in which the exhibition searches to allow a complete experience, that doesn’t wander from, or overlook the simplicity of the culture of reference.

Translated practically: the bees come into play with the books that I call The Bee’s Books, made with the honey combs that the bees themselves produce; the woven textiles through carpets that also integrate with the notebooks; houses and rooms of improbable architecture that include and integrate plants, animals, and modified shapes, symbolic of the continuous evolution of the natural universe; stones and ceramics whose shapes and colors trace the path from their origins to modern day, to create a new dimension that surpasses time in the belief that “to become” is simply appearance, and reveals that only “being” is true. It asks the viewer to attempt to go beyond the appearance of things, and invites them to grasp the profound sense of what is not visible; deviating from the typical, finite world of symbols, to reach a dimension without limits. Even more, imaginary books, symbolic trunks that enclose the mosaic fabric of an archetypal reality unknown and unexplored, like fossils (calcified trilobites and small fish that seem to be playing, referring back to the playful dimension of the context)

The positioning of the items in the space is fundamental- the central arrangement of the creations in the core space, set on old tables, with use of the lateral and frontal walls to display and create vertical works.

This project aims to build a bridge between the historical, anthropological, and archeological aspects of the research, and the converging themes of memory and play.

I have previously mentioned memory, but with this project I am interested in highlighting its importance, and for the plural future of all humanity-not uniform and static like the globalizing trends sometimes seem to make things- I attribute great attention to the local microcosm and it’s perpetual deconstruction and restructuring. The very engine of this process is memory and its actualization.

To examine the playful aspect of the idea, we must go back to the imaginative dimension that the transmission of oral folk legend creates, in both children and adults. The philosopher Nietzsche1 emphasized the importance of the recovery of this dimension of the psyche. He saw it as a communication network between the outside world and the inner-emotional world of individuals, whose recovery by adults constituted a moment of extreme importance.

This theme has also been visited by other prominent thinkers; first Schiller, and then Jung conceptualized the action of “play” as a mediator between the impulsive-sensitive part of an individual and the intellectual sphere, that allows the individual to be completed, through recognition of his/her own inner unconscious processes 2; a fundamental archetype of the creative practice.

This context, brought to life by the project, fully justifies the artificial creation of abstract « places » and « times » that allow the viewer to access a precious imaginary space rooted in the emotional sphere, rather than the realistic one.

In conclusion, I would like to leave you with some words of Lao Tzu, taken from the Tao Te Chin (the cardinal work of Taoism), that well reflect the meaning and intent embodied in this project-

We put thirty spokes together and call it a wheel;

But it is on the space where there is nothing that the usefulness of the wheel depends.

We turn clay to make a vessel;

But it is on the space where there is nothing that the usefulness of the vessel depends.

We pierce doors and windows to make a house;

And it is on these spaces where there is nothing that the usefulness of the house depends.

Therefore just as we take advantage of what is, we should recognize the usefulness of what is not. 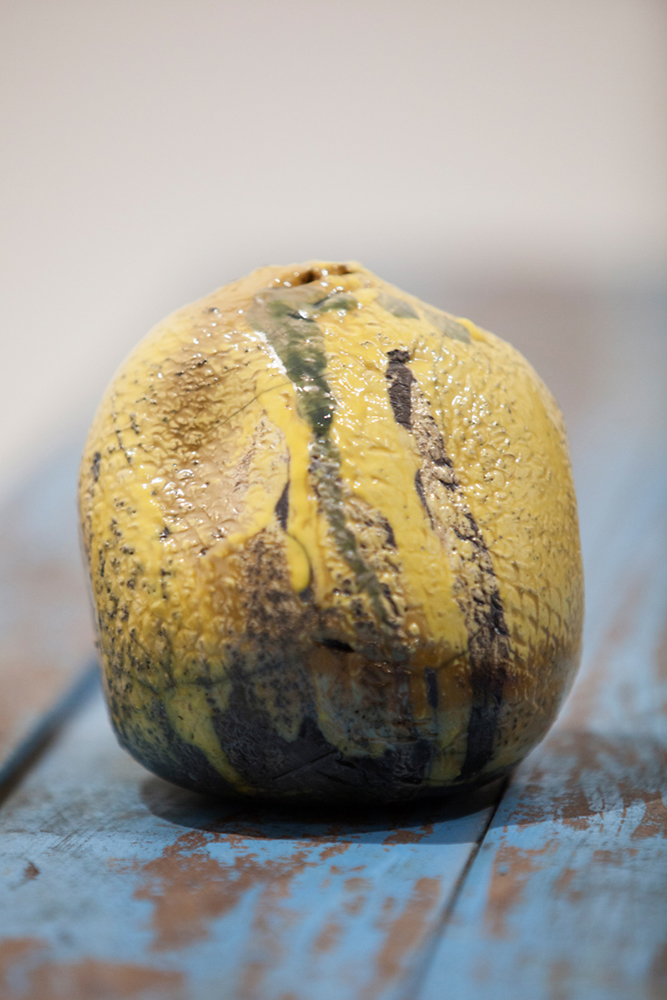 Notes:
[1] “in every real man, a child is hidden that wants to play” (Nietzsche, 1883)
[2] “All human work has its roots in imagination (…) the creative activity of the imagination breaks man free of the chains that imprison him, elevating him to the status of he who plays” (Jung, 1929)

Prev: Visiting Reality in the Anonymous and Weak Light Next: To be Elegant while Looking Silly and Coughing